The love affair between man and sports has been a long-standing one.

I know that you are passionate about sports. I do too. Have you ever wondered why we tune in every single day? To see SportsCenter as if it gives you the insight of The Daily Show To try to find online box scores as if they were stocks? To strut around in a large jersey looking like a fourth-stringer, waiting for a call.

It’s probably because we men are drawn to the brutality of battle, the crowd’s fervor, and the thrill of winning. Man has always struggled for survival. The history of our tribes and our ability to test wills and, ultimately, our drive to win has fuelled the modern sports narrative to greater heights.

The 2000-year-old love affair between man and sports started with lions, bears, and tigers–and 50,000 salivating maniacs on the bleachers. The gladiatorial arena in ancient Rome was the first big-ticket event and the precursor to modern sporting obsession.

Although today’s well-padded gladiators do not fight wild animals, the setup is the same: the combatants are placed in monolithic stadiums and their owners take their profits. The results of the contest are then scrutinized by the public. The star’s desire for entertainment, and to transcend the mundane, lies at the core of every performance.

It is possible that the concept of “star power”, which has been around since the time of the great Roman Empire and high-tech San Jose, maybe universal. The most consistent trend since those sandal-wearing days is the meanings that men attach to sports.

These meanings are not just born from the action but rather created by vested observers. Modern man is far removed from the violence of conquerors and knights and cowboys and probably more educated than Neanderthal man. His commitment to sports is in large part initiated by his reporting.

Sports are important not just because they are scheduled, but because they generate headlines. While we may all be passionate about our favorite team or have personal affiliations with them.

These connections can only exist within a larger framework that is strengthened by the conversations around them. Rome’s reporting was less structured and more verbal but just as robust. It’s now prolific in today’s wired world.

Through their dedicated coverage, the most important sports content producers, the SportsCenter, Real Sports, and Monday Morning Quarterbacks, encode sports with their social worth.

Their storytelling is essential to our level of interest. They show us the sports stars and big games, promote weekly fixtures, and give out accolades. They portray heroic figures that stand for integrity, honor, and justice in the world.

They create legends based on statistical measurement. They embellish their character by sharing the short glories of the moment: a walk-off home run, a touchdown catch, or a three-point buzzer-beater.

Sports idols and the pantheon within which they operate have a cultural significance that transcends all other endeavors. Even our jobs.

The shaping of the sports industry where idealistic qualities such as Derek Jeter’s loyalty and Tom Brady’s leadership overshadow the actual personality of an athlete has permeated our social consciousness and is now part of our daily vernacular.

We are presented with sports as if they have dire outcomes. For example, phrases like “against all odds”, “in the face adversity”, and “gut-wrenching loss” don’t just heat the airwaves or use up pixels. They also funnel our thoughts about sports. These narratives have been around since David versus Goliath was the most popular.

Yes, we want to be able to sit behind the dugout or at the 50 yards, but what about the personal connection? What are we really rooting for? What is it that drives us to cheers or tears?

This metaphorical gap in each storyline provides the media with an underlying premise from which to speculate, prognosis, and even promise the romantic. This anticipation stirs our curiosity.

We wonder if the sports stars will be praised at the end of the game or thrown off their pedestal. If we, as fans, are emotionally involved in the action, we will be closer to understanding these events. The storytellers create the narrative and bring us together, making us part of the sports fabric.

President Kennedy once stated, “We are inclined to watch a baseball or football game and feel like we have participated in it.” This sense of ownership is what draws the sports fan in. They are drawn in by something else.

More than 50,000 people witnessed the coldest NFL game ever played on the last day in 1967. Although the NFC Championship matchup between the Green Bay Packers & Dallas Cowboys took place at Lambeau Field, it could have taken place in Antarctica.

What good is it to be trapped in an icebox for three hours?! It makes perfect sense to see the Packers win 21-17 in front of a wind chill of minus forty degrees. Starr was the hero in the final minute of the “Ice Bowl”, but that’s another story.

That day, the fans were driven by hope. It is not difficult to position athletes in stories that sell. To see the angles, journalists use their own lenses. For example, think about the perceptual canyon that exists between Alex Rodriguez and Derek Jeter, both New York Yankees.

Both are Hall of Famers and superstars, but we still love Jeter and hate A-Rod. We don’t know why. The reason is that we don’t know much about either one of them except for what they do on the field or the paparazzi photos in tabloids.

We are influenced by gossip and hyperbole from prominent commentators. We gravitate to exaggerated depictions because they help us categorize men and offer an escape from our daily lives.

Our daily routines are countered by sports that have their own rules, playfields, and a system of meritocracy. They offer us an alternative, a fantasy world that entertains and engrosses beyond our comprehension. If fantasy football has ever intrigued you, consider the many conversations that it encourages where you can play a part in creating the story.

You might be tempted to think that sports are a cultural phenomenon greater than us. The combined value of the four major pro-sport leagues is about $23 billion. We see sports and all its ancillary activities to be a vital part of our economy.

The way general managers and club owners sign, trade, trade, draft, cut and swap athletes is a key part of sports’ social, psychological, and political value. This is what makes sport real and it plays as important a part in reporting on it as the stat sheets.

David Garrard, for example, was a $9 million cost-savings for the Jacksonville Jaguars last season. This sub-marined his career completion rate of 61 percent and career NFL passing yards of 16,000.

A commodity needs to have a selling point in order to continue succeeding regardless of its bottom line. The selling point of a commodity is, in sports as in gladiator sports, “drama.” T

his subtext, a primal narrative, is what drives the media’s obsession with the most popular pro-sports products. It tells the story of the protagonists fighting, surviving, and ultimately winning over their opponents. According to Forbes, the NFL makes $3.8 billion a year from TV deals. This is no accident.

The NFL’s core premise is to overpower the opposition and gain more yards. This militaristic mindset is ingrained in the game. That’s why scenes like Joe Montana walking the San Francisco 49ers across the field in Super Bowl XXIII are so memorable.

It is a story that evokes the drama of the ancient coliseum and allows them to tell a compelling tale of heroes or villains. Men respond especially to the media, anticipating the players’ senses of survival and urgency, and dreaming of a vicarious win.

It’s captivating. Because it is socially important. Because if we don’t care about our most talented and brave athletes, what kind of men will we be? John Elway’s Drive and Michael Jordan’s Shot, Willie Mays’s Catch, and the Men’s U.S. Hockey Team’s Miracle on Ice are all important moments in the history of male achievement.

Yes, the media enhances our perception of these sporting events, which is why economists have overvalued them and have become more deeply embedded in our popular culture than music, art, or theater. They are, however, so compelling and essential to our collective manhood.

Apple September 2021 Event: Is One Coming? Rumors about iPhone, MacBook Pro and MORE

Six Steps to a Healthy Lifestyle 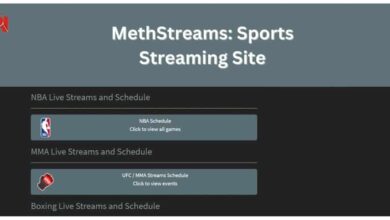